Who is Heard? Critical Reformulations of Human Rights Universalism

Human rights claim to be universally applicable, and yet some groups are excluded from them. The author draws upon critical feminist approaches by Seyla Benhabib, Judith Butler and Gayatri C. Spivak, to investigate these exclusions. She shows how conceptions of society and individuality that underlie human rights must constantly be reevaluated in order for the emancipatory potential of human rights to unfold and for previously unheard voices to be heard.

Freedom of Religion or Belief: An International Law Commentary 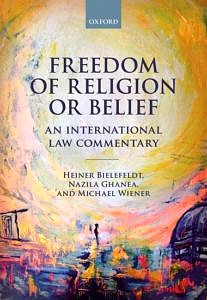 Cover to the Book “Freedom of Religion or Belief”

The Human Right to Health – Normative Foundations and Recent Discussions 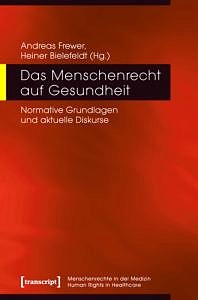 How can human rights be respected and implemented in the health care system? This volume which emerged from a research group of the “Emerging Fields Initiative” and presents findings of a long-term cooperation of experts, sets a theoretical basis for the right to health and shows practical applications in national and global contexts. Central questions at the cross-section of human rights and ethics in medicine are discussed by cooperating authors from the fields of philosophy, medicine, ethics, law and political science in recognition of international perspectives by the World Health Organization (WHO) and others. This book features contributions by Heiner Bielefeldt (Erlangen-Nuremberg/Geneva), Lotta Eriksson (Stockholm), Andreas Frewer (Erlangen-Nuremberg), Christina Heinicke (Erlangen-Nuremberg), Michael Krennerich (Erlangen-Nuremberg), Amrei Müller (Oslo), Andreas Reis (Geneva), Abha Saxena (Geneva), Martina Schmidhuber (Erlangen-Nuremberg/Salzburg) and Caroline Welsh (Berlin), as well as an Annex containing the German translation of the General Comment 14: “The Right to the Highest Attainable Standard of Health” by the UN-Committee on Economic, Social and Cultural Rights.

The Universal Enforcement of the Right to Food against Transnational Companies 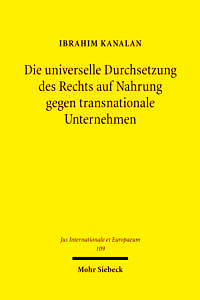